There is always something new and exciting going on!

Our top news and company information 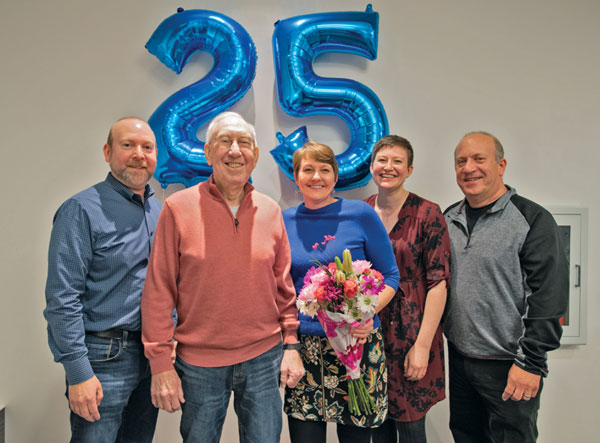 As the Booksource nears the end of its first half century—it turns 45 in January—the wholesaler has no regrets about its decision in 2005 to focus on its school and library business and exit what had been its primary business: serving trade bookstores. “There’s certainly been some nostalgia,” said Booksource president Neil Jaffe, who is also chief strategy officer for parent company GL Group. By leaving retail, the company was able to increase its margin and buy

Over the past five years, GL has made other changes to its business model, including shedding underperforming areas. As a result, it now has two divisions: the Booksource and Turtleback Books, which provides library-bound editions of popular paperbacks to schools. Last year, the group sold Peaceable Kingdom, which creates children’s products for retail. Acquired by GL in 2000, Peaceable Kingdom had been headed by Jaffe’s sister, Donna Jaffe, who helped with the transition to new owner MindWare; she is no longer with GL.

In March, the group closed its short-run bindery business. After it lost its largest customer, Follett, GL moved its San Val bindery operation to St. Louis in 2013 and renamed it Jaffe Book Solutions. Despite the move, GL has found it more cost-effective to outsource book manufacturing for Turtleback.

Jaffe attributed GL’s classroom success, which has been primarily in grades K–8, to customers such as the New York Department of Education and to the Booksource’s customer care. The company still focuses on distributing trade books to schools and has a catalogue of 40,000 active titles from 250 publishers. “We’ve been a leader in making it easy for teachers to have trade books in their classrooms,” Jaffe said.

The Booksource is looking for growth beyond the traditional areas where schools have used trade books, writing, and language arts. Jaffe sees new opportunities as school districts begin using classroom books for social studies and science and as states adopt new standards like next-generation science. In addition to providing books, the Booksource offers teachers a free web-based tool, Booksource Classroom Organizer, to help them organize and inventory their classroom libraries.

Jaffe’s brother, Gary Jaffe, GL CEO, attributed the company’s growth to its commitment to two long-held core values: doing right by employees and customers and creating a family-first culture. Both traits date back to Neil and Gary’s father, Sandy Jaffe, who founded the Booksource in 1974. Last month, GL celebrated the 25th anniversary of one of its oldest family-friendly programs: Bring Your Baby to Work, which came about because of an employee request. GL welcomes newborns up to six months old at its offices and has a nursing room and equipment to keep babies entertained.

Valuing employees also led to the creation of its annual Wow Benefits program, which includes the Sandy Vacation giveaways begun three years ago by GL CFO Mark Rygelski. At his suggestion, the company began using its American Express points to give out six vacations valued up to $5,000 every trimester. Coming in January, a new benefit will give all employees four weeks of vacation per year.

“My bottom line is how engaged the staff are,” Gary said. To encourage employees to become managers, he instituted a yearlong Emergent Leader program. Employees have to

apply for one of five or six slots, go through an interview process, and get letters of recommendation from their bosses. The training involves sessions at Disney Institute and Zingerman’s in Ann Arbor, Mich. Gary estimated that the program, during which participants learn to put together business plans, costs the company $40,000 per year.

But even with increased benefits and a narrower business focus, GL has set its sights on reaching $150 million in annual revenue. To get there, Gary is looking for a digital company to merge with—not to provide e-books but to offer other types of digital opportunities to teachers. “We don’t want to be just books in the classrooms,” he said.

A version of this article appeared in the 11/05/2018 issue of Publishers Weekly under the headline: Booksource Sales Top $100 Million